Posted on November 25, 2022 by Steven Hayward in Podcasts 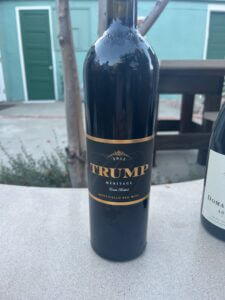 Posted a day ahead of the usual schedule, this special Thanksgiving long weekend edition with John Yoo sitting in the rotating host chair finds the 3WHH bartenders sharing some wine, whisky and food pairings from the big meal. I supplemented the usual fare with popovers, washed down with some 2015 Trump Meritage red, expecting that it was likely past its prime, and although it had indeed lost its fruit, the depth and complexity surprised nonetheless, suggesting perhaps some staying power. Make of that what you will.

We also reflected further on our recent expedition to Italy, offer some final post-mortems on the mid-term election aimed at debunking popular media themes about what explains the unexpected result, and why the FTX scandal illustrates some aspects of contemporary liberalism that the breathless media accounts are missing.

Finally, we explore the meaning and significance of the decision of several elite law schools to discontinue participating in the rankings games of U.S. News and World Report, with considerably disagreement among us about the whole business of academic rankings.

You know what to do now: listen here, or roll with your leftovers over to the host kitchen at Ricochet. P.S. Listeners with exceptional music knowledge may recognize the cover of a classic Thanksgiving-themed song used as our exit bumper music this week.

P.S. (2). Some listeners have requested the text of the Kamalaism that concludes this episode, so here it is:

And the way that I think about it is, you know, like relay racing. You know, you race and someone passes the baton and then — right? So, that’s what life is. It’s basically a relay race.

And so, the people who are heroes, whichever gender they are, they ran their part of the race and then they passed us a baton. And the question is: What will we do with the time we carry the baton? Which means there’s no time to get tired. Come on. Right? (Laughter.)