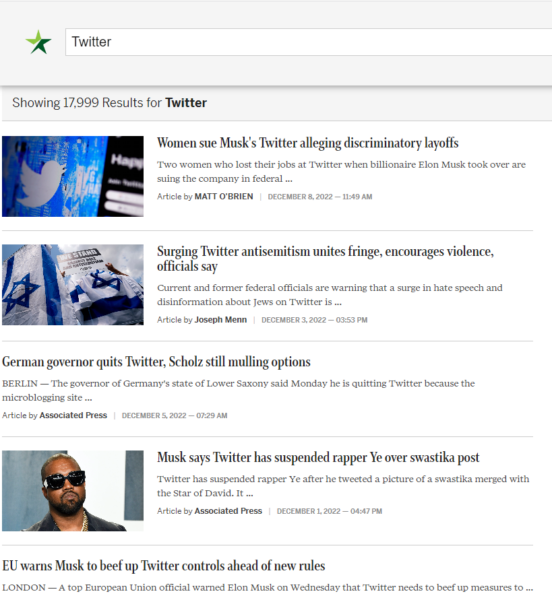 Since I wrote about Grynbaum’s story earlier this week, the Times has appended two notes:

Editors’ Note: Dec. 5, 2022
An earlier version of this article referred incorrectly to Matt Taibbi’s response to queries from The Times. He did, in fact, acknowledge a reporter’s text message and asked that questions be sent to him; that text response was inadvertently overlooked.

A correction was made on Dec. 8, 2022: An earlier version of this article referred imprecisely to the computer at the center of news reports on Hunter Biden and the debate among Twitter executives on how to deal with them. The laptop was brought by someone to a computer repair shop. It has not been determined that the laptop was stolen.

The Times is at several removes from the underlying story. They don’t seem to have a handle on the underlying facts. The Star Tribune, however, is on another planet.