John H. Hinderaker practiced law for 41 years, enjoying a nationwide litigation practice. He retired from the practice of law at the end of 2015, and is now President of Center of the American Experiment, a think tank headquartered in Minnesota.

Mr. Hinderaker lives with his family in Apple Valley, Minnesota. He is a graduate of Dartmouth College and Harvard Law School. During his career as a lawyer, he was named one of the top commercial litigators and one of the 100 best lawyers in Minnesota, and was voted by his peers one of the most respected lawyers in that state. He was repeatedly listed in The Best Lawyers in America and was recognized as Minnesota’s Super Lawyer of the Year for 2005. John can be reached by phone at (612) 354-1239. 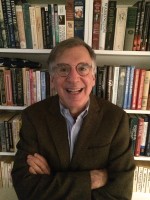 Scott W. Johnson is a Minneapolis attorney. For twenty-five years Scott has written with his former law partner John H. Hinderaker on public policy issues including income inequality, income taxes, campaign finance reform, affirmative action, welfare reform, and race in the criminal justice system. Both Scott and John are fellows of the Claremont Institute. Their articles have appeared in magazines including National Review and the Weekly Standard as well as newspapers including the New York Times, the New York Post, the Minneapolis Star Tribune and the St. Paul Pioneer Press.

Scott lives with his family in St. Paul, Minnesota. He is a graduate of Dartmouth College and the University of Minnesota Law School. He can be reached by email via [email protected] or by phone at (612) 414-6464. Steven Hayward is currently senior resident scholar at the Institute of Governmental Studies at UC Berkeley, and a visiting lecturer at Berkeley Law School. He was previously the Ronald Reagan Distinguished Visiting Professor at Pepperdine University’s Graduate School of Public Policy, and was the inaugural visiting scholar in conservative thought and policy at the University of Colorado at Boulder in 2013-14. From 2002 to 2012 he was the F.K Weyerhaeuser Fellow in Law and Economics at the American Enterprise Institute in Washington DC, and has been senior fellow at the Pacific Research Institute in San Francisco since 1991.

He writes frequently for the New York Times, Washington Post, Wall Street Journal, National Review, the Weekly Standard, the Claremont Review of Books, and other publications. The author of six books including a two-volume chronicle of Reagan and his times entitled The Age of Reagan: The Fall of the Old Liberal Order, 1964-1980, and The Age of Reagan: The Conservative Counter-Revolution, 1980-1989, and the Almanac of Environmental Trends. His most recent book is Patriotism is Not Enough: Harry Jaffa, Walter Berns, and the Arguments That Redefined American Conservatism.

Steven Hayward can be reached at [email protected] Joe Malchow has since 2006 been Power Line’s publisher of sorts, managing its business affairs and development team. He is a technology investor in Menlo Park, California. He was also the cofounder of Publir, a technology company whose software drives subscription and ad revenue for prominent news websites. He has written on culture and politics for The Wall Street Journal, The Far Eastern Economic Review, The Manhattan Institute, National Review, and for The Wall Street Journal’s Europe and Asia editions. ABC News Chief White House Correspondent Jake Tapper profiled him in 2008. In 2012 he was named to the Forbes “30 Under 30” list.

He is a 2008 graduate of Dartmouth College. He received his J.D. from Stanford University in 2013.